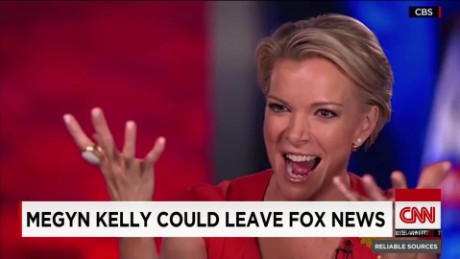 CNN President Jeff Zucker is actively perusing FOX star Megyn Kelly to anchor 8 or 9 PM on his network, the DRUDGE REPORT has learned. And Kelly might just say, YES!

"He is moving the Himalayan mountains to get her," a top insider explains. "But they are tripped up on money. He simply can't pay her the $20 million a year FOX has on the table."

For Kelly, a move to Columbus Circle would represent a fresh break from a turbulent 18 months at FOXNEWS. And the chance to go directly against arch-nemesis Bill O'Reilly will be hard to resist.

Meanwhile, the highs and lows of the Trump and Roger Ailes dramas have taken a toll.

The anchor is "despised" by fellow on-air talent. And FOX insiders describe how it's gotten only worse since the release of her book, which is expected to end the holidays under 500,000 total copies sold. [Megyn refused to promote her book on both O'Reilly and Hannity, foreshadowing a move.]

Zucker at CNN would compensate her salary with heavy promotion and synergy across all TIME WARNER outlets.

A top source close to the action describes how Megyn would be an immediate international star at CNN. "It's the opportunity of lifetime."

"She could even star in a movie at WARNER BROS."

But what do you think?